Pason is a leading energy services and technology company. We develop and deliver high-value hardware, software, and services, primarily for the oil and gas drilling industry.

Our head office is in Calgary, Alberta, with a United States office in Houston, Texas

Over 40 years of innovation 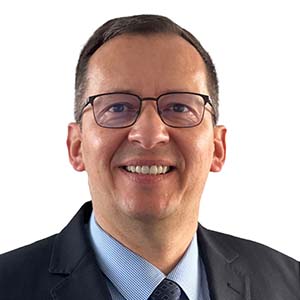 Marcel Kessler
Chair of the Board

Chair of the Board

Marcel Kessler has been a director of Pason Systems Inc. since 2012 and is currently serving as Pason’s Chair of the Board.  He also serves on the Board of Directors of Questor Technology Inc., a publicly traded company that provides innovative waste gas incineration technologies that help companies meet their emissions reduction targets. Mr. Kessler is the Chief Executive Officer of GrafTech International Ltd., a publicly traded leading manufacturer of high-quality graphite electrode products essential to the production of electric arc furnace steel and other ferrous and non-ferrous metals. Prior to this, Mr. Kessler served as Pason's President and Chief Executive Officer from 2011 to 2020. Mr. Kessler is a highly experienced executive and board member who has worked in several European countries, the United States, and Canada.  Before joining Pason in 2011, Mr. Kessler held the positions of President, North America, of Exploration Logistics Group, President and Chief Executive Officer of CCR Technologies, and was a Partner at McKinsey & Company. Mr. Kessler holds a Master of Engineering at the Swiss Federal Institute of Technology and a Master of Finance from the London Business School. James B. Howe
Lead Director, Chair of the Audit Committee

James Howe lives in Calgary, Alberta, and has been a director of the Corporation since 1997. He is President of Bragg Creek Financial Consultants Ltd., a private financial consulting company, and serves on the Board of Directors of Wrangler West Energy Corp., Bengal Energy Ltd., Ensign Energy Services Inc., and Holloway Lodging Corporation. With a Bachelor of Arts from the Ivey School of Business at the University of Western Ontario, Mr. Howe has served as the Chief Financial Officer of several public companies and is a member of the Institute of Chartered Accountants of Alberta. 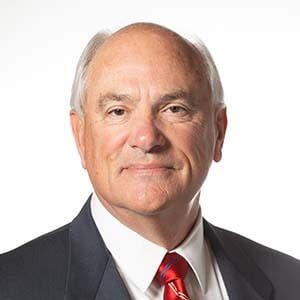 Chair of the Human Resources and Compensation Committee

Jay Collins, of Houston, Texas was appointed to the Pason Board in August 2012. Mr. Collins has been a director of Oceaneering International, Inc., a global provider of engineered services and products primarily to the offshore oil and gas industry, since 2002 and is now serving as its Chair. He previously served as Chief Executive Officer of Oceaneering from 2006 to 2011, President from 1998 to 2011, Chief Operating Officer from 1998 until 2006, Executive Vice President – Oilfield Marine Services from 1995 to 1998, and Senior Vice President and Chief Financial Officer from 1993 to 1995. Mr. Collins has over 40 years of experience in the oil and gas industry and has served on numerous industry-related boards, including the National Ocean Industries Association, National Petroleum Council, the American Productivity & Quality Center, the Texas Institute of Science, and the Houston Technology Center. Mr. Collins holds an Master of Business Administration from Harvard Graduate School of Business, and both his Bachelor of Arts and Master of Engineering in Chemical Engineering degrees are from Rice University. 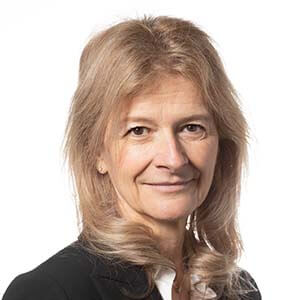 Judi Hess has been the Chief Executive Officer of Copperleaf Technologies, Inc. since 2009. Copperleaf Technologies is a publicly traded provider of enterprise decision analytics software solutions to companies managing critical infrastructure. Prior to joining Copperleaf, Ms. Hess was the President of Creo Inc., a publicly traded printing technology and workflow company, that was acquired by Eastman Kodak in 2005. After Kodak’s acquisition, she was named Country Manager of Canadian operations and Corporate Vice President and General Manager of one of Kodak’s global business units. Ms. Hess has an Honours Bachelor in Mathematics with a minor in Business Administration from the University of Waterloo and was a member of the Premier’s Technology Council of British Columbia from 2008 to 2018. 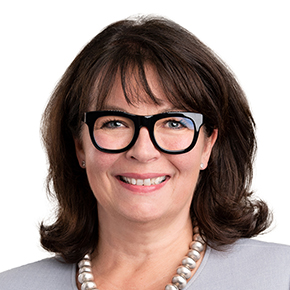 Laura Schwinn
Chair of the Corporate Governance and Nomination Committee

Chair of the Corporate Governance and Nomination Committee

Laura Schwinn is currently the President of W. R. Grace & Co.’s Specialty Catalysts business, one of Grace’s three global operating segments. Grace is a leading global supplier of catalysts and engineered materials. Prior to this, from 2014 to 2017, Ms. Schwinn was the CEO of C&C Reservoirs, a privately-owned, global company that provides reservoir knowledge used to derive detailed insight across the E&P lifecycle for geoscientists, reservoir engineers, production engineers, and production managers. Ms. Schwinn was also at Halliburton, one of the world's largest oilfield service companies, from 2002 to 2013 and was the Global Vice President of its Drill Bits and Services division from 2010 to 2013. 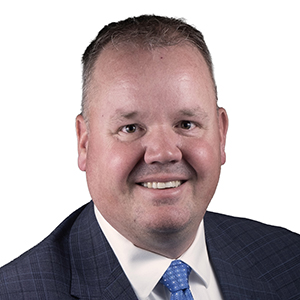 Jon Faber is President, Chief Executive Officer and a Director of Pason Systems Inc., holding overall management responsibility of the company. He helps shape the growth agenda and future of Pason. 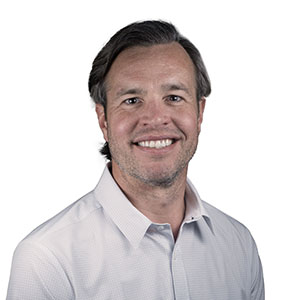 Kevin began his career in financial services and later worked as a management consultant for Oliver Wyman’s Corporate Finance and Restructuring practice, where he advised private equity and corporate clients on strategic investments in manufacturing, transportation, and energy companies.  He has worked extensively throughout Europe, the Middle East, Latin America, and North America over the past 20 years. 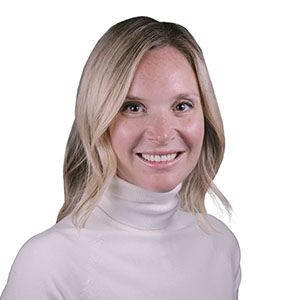 Celine Boston oversees various responsibilities in her role as Chief Financial Officer, including finance and accounting, risk management, treasury, and tax, as well as acts as the financial spokesperson with Pason's external stakeholders. Celine joined Pason in 2020 and brings significant knowledge in the energy services sector. She has a broad range of finance and accounting experience, including leadership in treasury, banking relations, and financial planning and analysis.

Before joining Pason, Celine was Director of Finance at CES Energy Solutions, overseeing the global finance function. Previously, Celine worked in the audit and advisory practice at Deloitte, where she obtained her Chartered Accountant designation.

Celine holds a Bachelor of Commerce in Accounting from the University of Manitoba.

Natalie Fenez leads Pason’s legal team and is responsible for the oversight of the company’s legal affairs and policies worldwide.

Natalie has nearly 20 years’ experience practicing law both in-house and in private practice. She has significant experience in drafting and negotiating complex contracts, mergers and acquisitions, business functions and operations, corporate governance, employment law, dispute resolution, and securities and regulatory compliance. Before joining Pason, Natalie served as Legal Counsel for the Corporate Services departments at the City of Calgary and Alberta Health Services. Prior to that, she worked in private practice as a member of the Tax group of Miller Thomson LLP. Since joining Pason in 2017, Natalie has held the roles of Legal Counsel and Director, Human Resources. 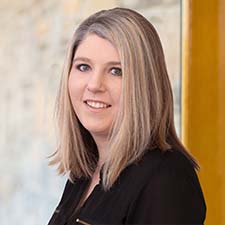 Heather Hantos leads the human resources department, with a focus on recruitment and retention, employee recognition, compensation, training and development, and performance management. She oversees HR programs and initiatives that enhance the employee experience and represent Pason’s culture and values.

Heather joined Pason in 2011, and during her tenure has held numerous roles within the Human Resources department. Prior to joining Pason, she held various Human Resources and Project Management positions with a focus on recruitment for oil and gas service companies.

Heather holds an Associate of Science Degree in Business from Columbia Southern University. 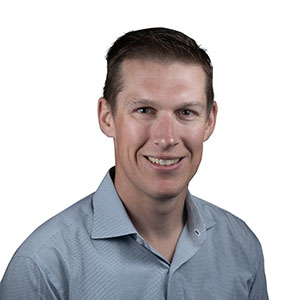 Since Bryce joined Pason in 2011, he has held various positions in Canada and the US, including Vice President, Legal & Corporate Secretary, Director of US Operations, and General Manager of Canadian Operations.

Bryce holds a Bachelor of Science in Business Administration, with a concentration in Marketing from Valley City State University, and a Bachelor of Law degree from the University of Alberta's Faculty of Law.

Lars joined Pason in 1999 as the company’s first marketing and sales representative. During his tenure Lars has held numerous progressive sales, business development, and product management roles, with the most recent being Vice President, Product Management.

Prior to Pason, Lars spent several years with a directional drilling company in a well planning and sales capacity.

Lars holds a Bachelor of Commerce degree from the University of Calgary. 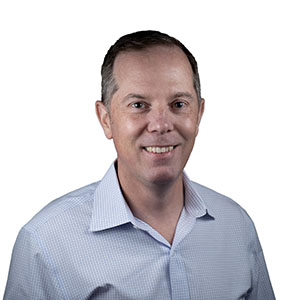 Russell joined Pason in July 2010 and most recently held the position of Vice President, Business Development and Marketing. He has over 25 years of oilfield-related experience in business development, sales, and general management. Before joining Pason, Russell held various roles with global responsibility at Halliburton and Knowledge Systems.

Russell has a Bachelor of Science degree in Industrial Distribution from Texas A&M University. Russell has also completed the General Management Program at the Harvard Business School.

Ryan joined Pason in 2002 as a mechanical engineer. During his tenure at Pason, Ryan has held various progressive R&D design, hardware management and director roles. Before his current role, Ryan held the position of Director, Rigsite Products.

Before joining Pason, he gained experience working in gas compression manufacturing; engineering, procurement, and construction; and developing SCADA systems at an E&P operator.

Ryan has a Bachelor of Science in Mechanical Engineering with Distinction degree from the University of Calgary. He is a registered Professional Engineer with APEGA.

Reid Wuntke is responsible for leading and expanding Energy Toolbase, a Pason company that is an industry leading software platform for modeling, controlling, managing, monitoring, and validating the economics of solar and energy storage projects. Further, Reid is also responsible for identifying and pursuing profitable growth opportunities for Pason beyond our current rig-based core business. This includes opportunities for products and services within the industry as well as outside of oil and gas.

Prior to joining Pason, Reid was the co-founder and COO of MobSquad, a Calgary-based company that is focused on creating teams of software engineers and data scientists for US-based clients. Prior to that, he was a director of Corporate Development at Parkland Fuel where he played a key role in over $1 billion of acquisitions. Leading up to that, he was VP Operations at a Vancouver-based start-up and also spent a couple years as a consultant with McKinsey & Co. His professional career began with 11 years of service in the Royal Canadian Air Force as an aerospace engineer where he rose to the rank of a captain.

Reid has a Master of Business Administration from the University of British Columbia and holds a Bachelor of Chemistry and Physics degree from the Royal Military College of Canada.

Learn more about our Corporate Governance >

Corporate responsibility is an integral part of Pason’s culture, mission, and strategy. We consider corporate responsibility essential to Pason’s long-term profitability and value creation for all stakeholders. We conduct our business with integrity, transparency, and accountability. Pason has built a culture that values personal and professional growth, and our employees are empowered to “do the right thing” in all their business dealings, whether they be interacting with colleagues, shareholders, customers, suppliers, partners, community, environment, or government.