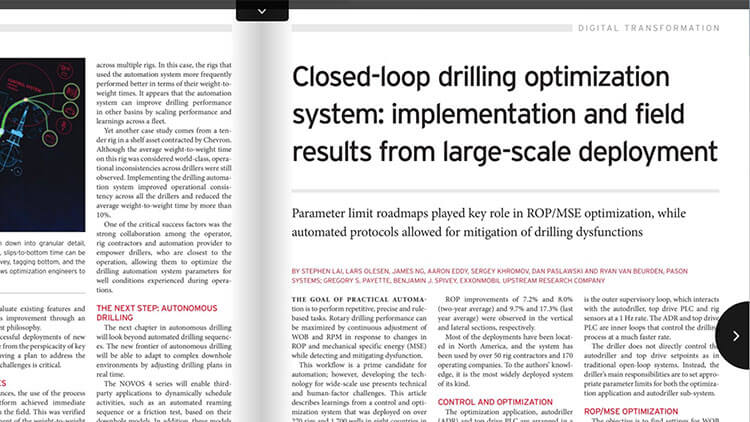 Methods, systems, and techniques for detecting at least one of an influx event and a loss event during well drilling involve using one or both of errors between 1) estimated and measured pit volume, and 2) estimated and measured flow out, to identify or determine whether the influx or loss event is occurring, or to sound some other type of related alert. These determinations may be performed in a computationally efficient manner, such as by using one or both of a time and depth sensitive regression. 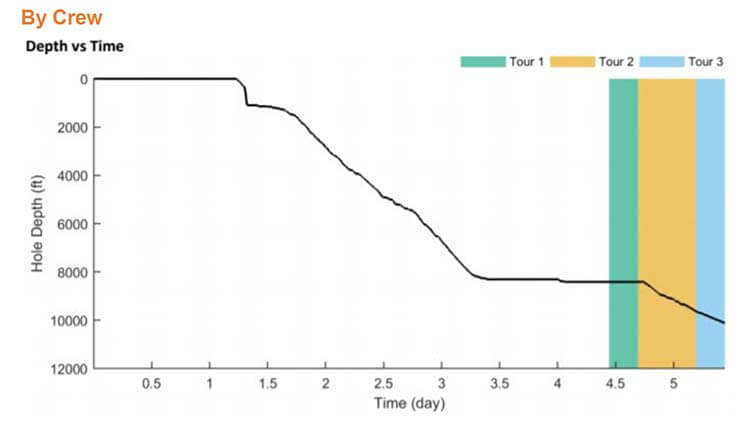 KPI Reports: A daily look at critical statistics to help your business objectives

KPI Reports: A daily look at critical statistics to help your business objectives 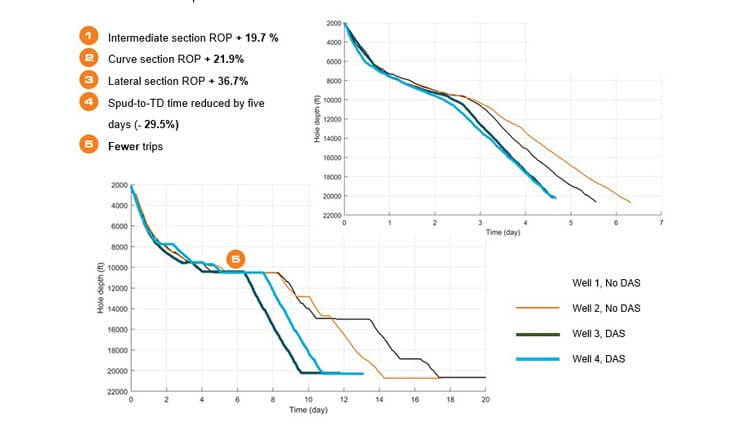 In 2019, we closely studied a Bakken pad rig as it drilled four offset wells. The rig drilled the wells with and without DAS, which provided excellent comparative data. The crew drilled wells 1 to 4 in sequential order: wells 1 and 2 without DAS, wells 3 and 4 with DAS.

The results speak for themselves.

Weight on Bit, Differential Pressure and the algorithm that improves the quality of your data

Weight on Bit, Differential Pressure and the algorithm that improves the quality of your data

Weight on bit (WOB) and differential pressure (DIFP) are two essential parameters derived from surface sensors during the drilling process. However, there can be significant errors in these measurements due to improper zeroing of these traces. Regular zeroing of WOB is important to ensure that it is calibrated for additional stands that have been added to the drillstring. Similarly, regular zeroing of DIFP is important to ensure that added hydrostatic pressure, which increases with depth, is taken into account, and to ensure that DIFP has been calibrated to the correct pump rate. In this paper, we quantify the errors due to forgotten and incorrect zeroing, and discuss an algorithm that was developed to automatically zero WOB and DIFP to eliminate these errors.

This study has two main sections. In the first section, the current practice of zeroing WOB (prior to rotary drilling) is analyzed in 40 onshore wells. It is found for 86% of all stands that WOB is either zeroed incorrectly or not at all. An algorithm is developed to determine the appropriate time to perform the zero WOB operation. Using this algorithm, it is found that the average WOB error per stand due to improper zeroing is 16.8 and 17.6% in the vertical and lateral wellbore sections, respectively. Further, it was found that repeated forgotten zeroes could result in large errors, particularly in the vertical where 8% of stands have WOB inaccuracies of more than 30%. In the second section, the analysis is repeated for DIFP and it is found that zeroing DIFP is forgotten in 51% of all stands, resulting in errors of 17.5 and 8.9% in the vertical and lateral, respectively. In the vertical, 9.9% of stands have DIFP inaccuracies of more than 30% due to forgotten zeroing. Applying these algorithms to historic data can eliminate these errors, and improve the effectiveness of data-based drilling optimization and analytics. Further, these algorithms could be implemented in an electronic drilling recorder (EDR) to improve the quality of real-time data at the rig.

Method, System, and Medium for Controlling Rate of Penetration of a Drill Bit 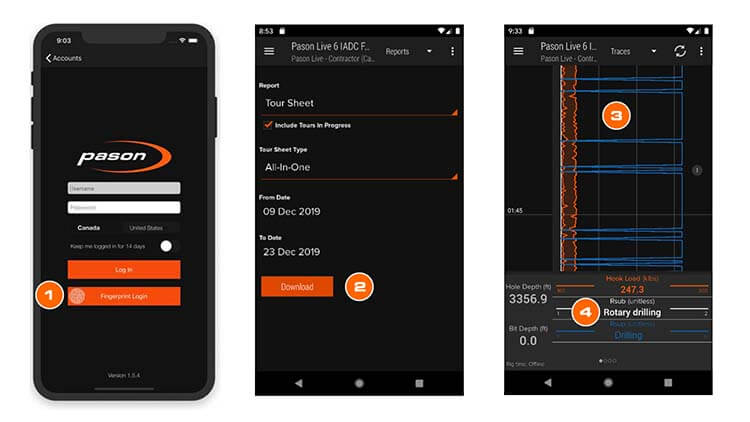 The newest update to Pason Live Mobile delivers exciting features and a more intuitive experience. Retrieve and view reports directly in the app and stay up to date on current rig operations in real-time. Download Pason Live on your Apple or Android device today—simply visit the Apple Store or Google Play. 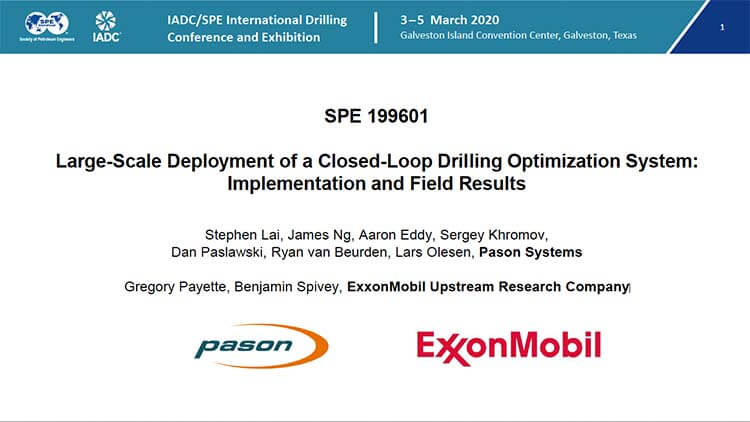 Presentation from the March 2020 Society of Petroleum Engineers (SPE) conference in Galveston, Texas.